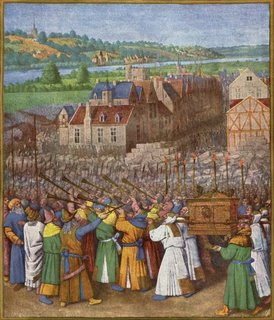 Today’s Bible readings include the final public sermons of Joshua, the Lord’s appointed leader. Joshua knew his earthly days were numbered and that he would soon be gathered to his people (as the Hebrews described physical death for the faithful).

Joshua gathered the people to encourage and instruct them. First, he spoke to the eastern tribes, who were returning to their lands east of the Jordan River. Next, he spoke to the western tribes, representing 9 1/2 of the tribes of Israel. Finally, Joshua challenged the children of Israel to consecration and courage, as they prepared to drive out the inhabitants of the land the Lord had promised to them.

Joshua pronounced a divine benediction over his fellow Israelites, before they parted ways to claim their territories. Included in this blessing was a clear admonition:

“But be very careful

to keep the commandment and the law

that Moses the servant of the Lord gave you:

to love the Lord your God,

to walk in all His ways,

to obey His commands,

to hold fast to Him

and to serve Him

with all your heart and all your soul.”

Faithful to the end, Joshua encouraged the Lord’s people to remain the same.

A skirmish arose between the eastern and western tribes, after the departing eastern clans built an altar to the Lord near the Jordan River. Joshua and the leaders wisely sent a delegation to investigate the matter, rather than allowing the matter to escalate to violence unhindered. Once they realized the altar was a memorial, rather than a substitute sacrificial site, the people were reunited.

Next, Joshua addressed the leaders of the western tribes, calling them to complete adherence to the Word of the Lord.

be careful to obey

all that is written in the Book of the Law of Moses,

to the right or to the left.

Do not associate with these nations that remain among you;

do not invoke the names of their gods or swear by them.

You must not serve them or bow down to them.

But you are to hold fast to the Lord your God,

as you have until now.”

Surely, if the leaders followed the law of the Lord, the people would be encouraged to do so as well.

Informing the people that his life among them was nearly over, Joshua reminded them of the faithfulness of God.

"Now I am about to go the way of all the earth.

You know with all your heart and soul

that not one of all the good promises

the Lord your God gave you

Every promise has been fulfilled;

not one has failed.”

The Lord keeps His Word. He cannot do otherwise, for He is truth.

Joshua then recounts the mighty deeds of the Deliverer God: calling Abraham, promising to build a mighty nation, freeing His people from bondage in Egypt, parting the Red Sea, stopping the waters of the Jordan River, tearing down the walls of Jericho and more.

What wonderful reminders that the Mighty One can do anything.

After reviewing the miraculous history of the children of Israel and the Lord, Joshua calls the people into covenant with the Lord.

“Choose today whom you will serve.

Would you prefer the gods

your ancestors served beyond the Euphrates?

Or will it be the gods of the Amorites

in whose land you now live?

But as for me and my family, we will serve the Lord.”

Unanimously, the Israelites promise to serve the Lord.

“It was the Lord

who drove out the Amorites

and the other nations

living here in the land.

So we, too, will serve the Lord,

for He alone is our God.”

Finally, Joshua exhorted the people to keep the covenant they had made. He instructed them to remove any pagan properties or foreign objects they might possess, which might distract them from faithfulness to the one true God.

There, at Shechem, Joshua set up a large stone as a memorial of the covenant they had made together with the Lord. This stood as a tangible and lasting reminder of the people’s promise to follow and remain faithful to Jehovah God.

What signposts or symbols might we erect today to point us back to obedience and greater faithfulness to the One we love?

You have delivered us

From sin and death

That may entangle us.

Anything in our lives

Or in our homes

You are more than enough.

Give us courage and strength

To keep the promises

We make to You,

Even as You never fail

To keep Your Word to us.