Can we better ourselves?


I’m pretty sure we cannot better ourselves. Not really. But I’m so glad we don’t have to. It’s just not our job.

Here’s what set me to thinking on this today. I saw one of those motivational posts online, with this statement:  “The only thing I’m committed to right now is bettering myself.”

Sounds noble. But I beg to differ.

First, the whole commitment-phobia thing has taken on a life of its own in today’s world. Do promises count anymore?

But the larger issue, at least for the person of faith, is a matter of perspective. Who makes us better? Is this a question of mustering up enough gumption (or guilt) to make new goals or resolutions? Do we simply do more good, aim for higher achievements, or work on improved fitness (physical, mental, emotional, or whatever)? Do we sign up for more education, training, or volunteer work? 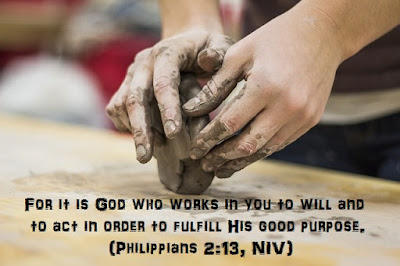 What does better even mean?

Last night, in our small-group Bible study, the leader raised a related question. “Do you think you have grown towards more sanctification in the past year?”

OK, let’s unpack that question for a moment. He explained what he meant, which was essentially asking if we’d grown closer to God and more Christ-like in the last 12 months.

Almost immediately, someone jumped in and talked about his regular quiet times with God and how much he enjoyed his prayer and devotional pursuits. Another spoke of greater involvement in church ministries. A third pointed to new friendships with solid believers.

I sort of wriggled in my chair. Then I couldn’t stay quiet anymore. I said I thought this was a much harder question to answer than it appeared, primarily because I have found the process to grow ever tougher with time, as one walks with Jesus.

What did I mean? It feels like the Lord takes us deeper over time, working through tougher issues in our hearts and digging out painful areas of attitudes, memories, relationships, and other roadblocks to our growth in Him. Those things are considerably more difficult to measure than our Christianese to-do lists. Sure, we have been taught about the importance of Bible study, prayer, fellowship, and solid teaching. We know those activities help us to grow spiritually.

But tracking that growth can be tough. And celebrating milestones in our Christian walks may become more challenging, especially as God grants us more realistic insights into our own heart conditions and how far He has yet to take us.

So this morning, as I read the online comment about bettering oneself, I cringed. I am fairly certain that all genuine bettering isn’t gonna come from me, no matter how many noble efforts I might try.

Thank God He has promised to do the work in us, if we are willing.

“For it is God who works in you to will and to act in order to fulfill His good purpose” (Philippians 2:13, NIV).

So have it, Holy Spirit. Make me better. Better yet, Lord, make me like You.

Image/s:
Adapted by this user
from Pixabay public domain photo

Based on absurdities and amusements I have perceived with my own eyes, as well as the stories of others, I feel quite certain that God must have a delicious sense of humor. Absolutely, God is holy mighty and worthy of all glory and honor. At the same time, I think He enjoys a good chuckle. In fact, I think it's pretty clear He invented the concept of funny.

Have you been to the aquarium lately? Not so long ago, I chaperoned a group of youngsters to the fish house. Just peeking through the glass walls at those bubbling faces reduced me almost to tears in laughter.

Can you just imagine God, on the fifth day of Creation? Just consider the account in Genesis 1. Having already made light and darkness (day one), the waters (day two), dry ground (day three), and the sun and moon and stars (day four), perhaps He wanted a little entertainment. 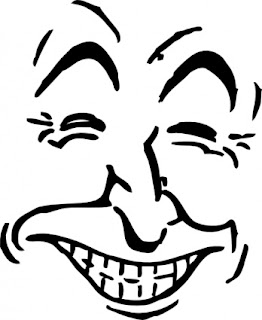 “Gee, I think I’ll make some fish, just for kicks,” the Almighty One might have said. And He did, but not just clownfish, He added catfish, hammerheads, daggertooths, barreleyes, flounders and innumerable other scaly wonders!

Next, God probably looked around, outside the water, and decided to fill up the sky with fun. On a lark, the Father of Life spoke the word, and birds appeared: pintails, puffins, grosbeaks, lapwings, shrikes and other bird-brained creatures.

“Now, that’s a tern for the better,” He may have chuckled to Himself. (Hey, God can make funnies, if He feels like it.)

And what about that albatross, the cuckoo and the loon? Sure, His eye may be on the sparrow, but don’t you think sometimes He may just gaze at the flamingo for a little comic relief?

Continuing in Genesis 1, on the sixth day, God created animals and man. Then the real fun began!

From monkeys to mongooses, and from hippos to hyenas, the animal kingdom is absolutely entertaining. But that’s nothing compared to the shenanigans of the human race. Right from the start, the “He said” and “She said” debate was underway, like a sitcom without the canned laugh tracks. As the author of creation, God knows the end from the beginning. How He must laugh!

I am guessing God sometimes thinks our silly strategies are sorta funny.

Filmmaker Woody Allen has been credited with this line: “If you want to make God laugh, tell him about your plans.” Although one may not tag him a theologian, Allen may have been  paraphrasing Proverbs 16:9, intentionally or not: “In his heart a man plans his course, but the LORD determines his steps.”

How the Lord must laugh, as He watches us make our own plans, knowing that it is He who holds the future!

Hey, God. Is there anything I can do to help?

Based on my own foibles, as well as those of others I know and love, I am quite certain that God often has cause to laugh. Personally, I think I must crack Him up daily, without meaning to do so. Every time I dare to think I am really doing something meaningful to advance His Kingdom, He probably laughs.

That’s how much He loves me, and you!

As human parents and (Hello?) grandparents, we often find ourselves giggling or even laughing right out loud, as we observe our own children. We watch a toddler reeling across the room, and we smile at his clumsiness because we know he is still learning to walk. We see a kindergartner putting her shoes on the wrong feet, and it warms our hearts because we know she is trying so hard.

We spot a teenager swerving all over the driveway, as he struggles to control the family car. Well, that one might not be too funny, after all! (Raise your hand, if you’ve been there.)

How much more must our Heavenly Father find Himself amused by our sincere efforts to please Him, when we often fall so far short of the mark? Still, He blesses us for trying, because He knows we simply want to show how much we love Him. Like a mother, who grins and tries to eat lukewarm scrambled eggs (with shells included) on Mother’s Day, God is pleased with our meager offerings.

“Those are my children,” He says. “Aren’t they adorable, as they scramble around, trying to make a difference? See how they love Me?”

And He laughs, because He is pleased that we want to respond to His much greater love for us.

Eternity will surely be entertaining.

If God has such a well-honed sense of humor, then eternity with Him is sure to be a blast! Yes, there will surely be laughter in Heaven, along with rejoicing and blessing and never-ending worship of the Author of Joy!

Posted by LA Nickers at 4:14 PM No comments: