The Lord offered His people a lengthy code of Old Testament laws to establish them as a civilized nation, set apart for His own glory.

Today, our Bible readings focus on laws providing consequences for killing and justice for victims of a variety of crimes. Murder, manslaughter, kidnapping, maiming, rape, assault, battery and other violent crimes are addressed. Clearly, the Creator values life.

Included among the many prescriptions for punishment is an interesting provision for those who may have slain another human being accidentally. God introduced the first instance of a place of safety or a sanctuary, in the form of a city of refuge.

What was a city of refuge?

In the Old Testament, the city of refuge was a place of asylum and security for any person who might have killed inadvertently. Involuntary manslaughter was differentiated from premeditated murder or crimes of passion.

If such a killer sought sanctuary in such a place, he could not be prosecuted. He would be regarded as protected from his accusers.

Where can we seek refuge?

The coming Kingdom of God has been described as a holy city, in which we will have no fears and no tears. It will be a place of refuge for all who place their trust in the Lord.

In the meantime, the Lord Himself is our refuge.

“My God, my rock, in whom I take refuge,

My shield and the horn of my salvation,

my stronghold and my refuge;

My Savior, You save me from violence.”

“The Lord redeems the soul of His servants,

And none of those who take refuge in Him will be condemned.”

Because the blood of Jesus covers all our sin, we need not fear the accuser. Our iniquities habe been removed, and we are forgiven.

Hallelujah. May we find our refuge in Jesus.

You are our refuge,

You have carried us

Where we may find rest.

How we praise You. 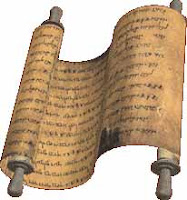 Ancient Hebrew Scroll of the Law

Our Bible readings for the day cover a variety of Old Testament guidelines for government.

God gave His people specific laws regulating the selection and service of a king, although the Israelites would not even have one until much later (see 1 Samuel 8).

Personally, I find it intriguing that the Lord would require kings to hand-write His law on scrolls (see Deuteronomy 17:18-20). Writing out Scripture by hand is a wonderful means of studying and memorizing God’s Word. Surely, He intended for the leaders of His people to become intimately acquainted with His truths.

One tiny verse, tucked among the many ancient admonitions, is particularly telling:

“You shall not revile God [the judges as His agents]

or esteem lightly or curse a ruler of your people.”

Living in a society that frowns upon faith, I wonder whether this verse ought to be posted more prevalently among us (along with the Ten Commandments). How freely do folks utter casual remarks that offend the Lord and curse those in leadership among us?

How do we feel about our elected officials? Whether we agree with them or not, do we treat them respectfully or contemptuously? Are we willing to pray for political leaders, even if we have not voted for them?

Our wise and just God devoted a significant section of Scripture to admonitions against favoritism among His people. Today’s Bible readings contain several clear divine rules to promote impartiality, including the prevention of bribery, unfairness to the underprivileged, perjury and unfair court convictions. Also included are definitive guidelines to regulate criminal punishments and personal accountability for crimes committed.

The final verses point prophetically, once again, to the coming Christ. The Israelites were instructed to remove the body of anyone who had been executed upon a tree to remove him from the Lord’s curse. Does this not foreshadow the crucifixion of our Lord, who took the sins of the world upon Himself, along with the curse of God, when He died upon the wooden cross (see Deuteronomy 21:22-23)?

Thanks be to our all-powerful God, the only Wise One, who conquered sin and death and restored us unto Himself. Trusting in Him alone, we need never fear the curse of evil and destruction.

God of the universe

Teach us to honor You.

Remind us to pray

For those in authority on earth,

Even when we do not agree with them.

Any areas in our lives

In which we may exercise favoritism

May we seek to live

For Your glory alone.

Posted by LA Nickers at 6:17 AM No comments: 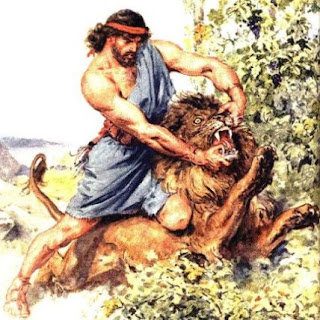 Today’s readings outline certain Old Testament vows and dedications. In particular, the vow of the Nazirite is described in detail.

What was the Nazirite vow?

In the Old Testament, the Nazirite vow was a commitment to ascetism, or self-deprivation, during which an individual was consecrated, or set apart, for God’s purpose for a predetermined period of time.

A Hebrew taking a Nazirite vow was expected to abstain from wine and anything containing grapes. He was not to cut his hair throughout the duration of his vow. And he was not allowed any contact with dead persons, graves or anything that had come into contact with a corpse.

Vow-makers could make limited or lifetime commitments, known as Nazaraei Votivi (Nazarites of Days) or Nazaraei Nativi (Perpetual Nazarites). The Nazirite vow lasted at least 30 days. Some individuals took Nazirite vows that lasted for the duration of their lifetimes.

Upon completion of this commitment, the individual was expected to participate in a ritual cleansing (known as the mikvah) and to make a series of sacrificial offerings (including the burnt offering, the peace offering and the sin offering) and to cut and burn his hair with the sacrifice.

Who took a Nazirite Vow?

Certain key figures in the Bible seem to have taken the Nazirite vow. In the Old Testament, both Samson the strongman (see Judges 13:5) and the prophet Samuel (see 1 Samuel 1:11) took Nazirite vows. Samuel’s vow apparently originated in his mother Hannah’s dedication of him to the Lord. Quite possibly, King David also took the Nazirite vow.

In the New Testament, it appears that John the Baptist (see Luke 1:13-15) and the Apostle Paul (see Acts 18:18) probably did as well. Some Scriptural studies and historians suggest that the Apostle James (known as James the Just and James the Ascetic) also took a Nazirite vow.

Many Bible scholars believe that Jesus Himself took a Nazirite vow at the Last Supper, which would have lasted until after His ascension to Heaven (see Mark 14:22-25).

How important are vows to the Lord?

Throughout the Bible, God makes it clear that He demands truthfulness and integrity from those who would follow Him. Consider these convicting statements:

“When you make a vow to the Lord your God,

be prompt in fulfilling whatever you promised Him.

For the Lord your God demands

that you promptly fulfill all your vows,

or you will be guilty of sin.

However, it is not a sin to refrain from making a vow.

But once you have voluntarily made a vow,

be careful to fulfill your promise to the Lord your God.”

In His Sermon on the Mount, Jesus cautioned His followers from taking vows and making oaths, unless they could be sure to keep them:

"Again, you have heard that it was said to the people long ago,

'Do not break your oath,

but keep the oaths you have made to the Lord.'

But I tell you, Do not swear at all:

either by heaven, for it is God's throne;

or by the earth, for it is his footstool;

or by Jerusalem, for it is the city of the Great King.

And do not swear by your head,

for you cannot make even one hair white or black.

anything beyond this comes from the evil one.”

Above all, my brothers, do not swear -

not by heaven or by earth or by anything else.

or you will be condemned.”

The central point seems to be a simple one: It is easy for vow-makers to become vow-breakers. How careful we must be before we make promises that will raise the standards to which we may be held. How grateful we are that the Lord’s grace will cover us all and that His mercy depends upon His own love for us, rather than our own worth.

In the closing portion of today’s Bible readings, we find a list of rules for consistency. These curious statements include warnings against mixing unlike items:

1) Two types of seeds were not to be planted together. Are we wholly devoted to God, or do we try to mix a bit of worldliness with our commitment?

2) An ox and a donkey could not plow together in one yoke. Are we fighting against the Lord’s leading by being willing servants and stubborn rebels at once?

3) Wool and linen garments were not to be worn simultaneously. How might we be trying to wear our old, coarse and earthy garb, along with the Lord’s glorious and holy clothes of righteousness?

4) Two variant species of animals could not be bred with one another. If our old self has indeed died with Christ, why would we try to mix it with the new people we have become in His grace?

What is the point here? The message points to holiness, consistency and integrity.

“Therefore, if anyone is in Christ,

he is a new creation;

the old has gone, the new has come!”

May the Lord hold us in His great hands of love, mercy and grace. Hallelujah!

Great God of grace and glory,

To be called as Your own.

Only through Your mercy

Guard our hearts from evil

And our lips from making vows

To belong to You

May we honor You

All the promises we make to You,

Even as You keep Your promises