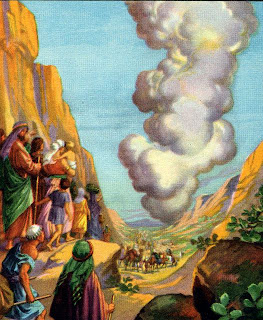 The Pillar of Cloud

With formations and foundations clearly established by the Lord, the Israelites received their marching orders. Arranged by tribes and led by divinely appointed guides, the people set out. The Gershonites, Kohathies and Merarites carried the holy belongings of the Lord’s Tabernacle.

God led His people by His cloud of guidance.

“In all the travels of the Israelites,

whenever the cloud lifted

from above the tabernacle,

they would set out;

but if the cloud did not lift,

they did not set out –

until the day it lifted.

So the cloud of the Lord

was over the tabernacle by day,

and fire was in the cloud by night,

in the sight of all the house of Israel

during all their travels.”

What a wonderful God we serve. The Lord clearly marked the pathways for His people in the wilderness with His cloud of guidance by day and His fire by night. The intentions of the Lord were unmistakable, and the people obeyed.

The Ark of the Covenant went before all the twelve tribes of Israel. Wherever the Lord instructed His people to stop and set up camp, the Ark was placed there first. Then the people set up their tribal stations around the Ark of the Covenant, according to God’s detailed instructions. The dwelling place of the Lord was always right in the middle of His people. 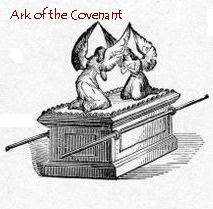 Ark of the Covenant

How much more clearly might we sense the leading of the Lord, if we were to obey without question? How many more promptings might the Lord offer us, if we were to follow Him immediately and instinctively? Have we somehow lost our way and blunted our sensitivity to the guidance of the Lord?

May the Lord sharpen our senses and nudge us to greater obedience, so we may follow Him into His blessed Promised Land. 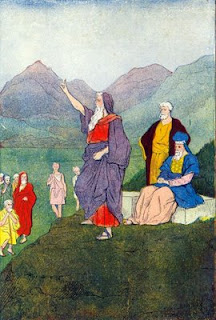 Moses Speaks to the Children of Israel

From The Boys of the Bible

How You desire to deliver us

And to lead us

Into the Promised Land

That You have prepared

To make Your people

So we may see You

Pointing the way for us to go.

So that we may hear You

When You call us.

We long for Your leading.