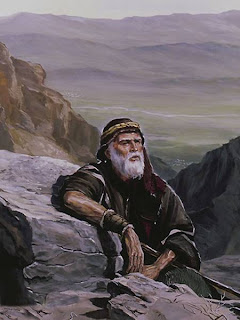 Moses Resting on the Mountain

God led His people through the wilderness for 40 years, and the journey was nearly complete. Moses knew his earthly life was nearly finished, so He asked the Lord to name his successor.

The Lord chose Joshua, son of Nun. Joshua already assisted Moses, and he had proven his faithfulness and loyalty. Along with Caleb, Joshua had given a good report of the land of Canaan after the spy mission.

The Israelites were nearly ready to enter the land God had promised to them. 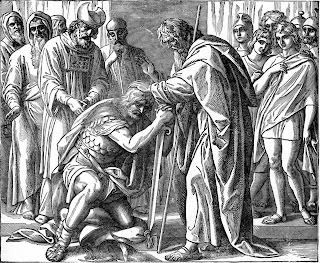 From Treasures of the Bible

Planning to Parcel the Properties

Looking over the region, Reuben and Gad selected prime pasture areas east of the Jordan River. Moses concurred, after the two clans agreed to participate in the fight to take Canaan.

Then, at the Lord’s direction, Moses appointed a leader from each of the remaining ten tribes of Israel to divide the rest of the Promised Land by tribe and to apportion property for the Levites.

What a demonstration of commitment to the promises of God. Before the enemies in the land had even been vanquished, God’s people made plans to divide the property. The Israelites had not yet entered the Promised Land, but they were staking their claims to it.

How might we do the same? What territories has God promised to us, particularly in the spiritual realm, that we must claim by faith? What promises has the Lord made for our own lives and the legacies we may leave? Where might we need to step out in faith and claim acreage for the Kingdom of God?

“All those gathered here will know

that it is not by sword or spear

that the Lord saves; for the battle is the Lord’s,

and he will give all of you into our hands."

You have already won the victory

And vanquished the enemy.

Teach us to stand

And guide us to go

And claim the land

You have already taken

May Your territories expand

Right before our eyes,

As nations turn to You