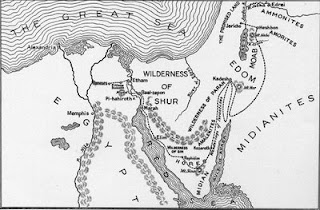 From Blessing to Battle

Yesterday’s Bible reading detailed how the Lord spoke through the pagan sorcerer Balaam’s donkey, preventing him from cursing the Israelites. Through Balaam, the Lord issued blessings instead, as well as a Messianic prophecy. How remarkable that God may speak through one who does not serve Him.

Of course, Balaam’s true colors were revealed soon afterwards, when he devised a diabolical strategy for the Midianites to defeat the Israelites from within. Instead of attacking the Israelites in outright battle at Moab, the Midianites intermingled with them, knowing this would prove even more harmful to God’s people.

The Midianite women in Moab seduced the men of Israel, destroying their moral commitment with fornication. This led, in turn, to idolatry, as the women lured the men to participate in pagan sacrifices and the worship of their false gods.

The people of God became, quite literally, plagued by their sin, and 24,000 died. We can only wonder how many might have been lost, had the Midianites engaged the Israelites in an armed conflict instead.

Phineas, the priest, actually caught Zimri, a man of Israel, in the act. He grabbed a spear and killed Zimri and his Midianite lover, Cozbi (see Numbers 25:6-8). Then the plague was lifted.

Clearly, God takes sin quite seriously. Do we? 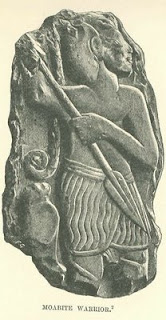 The Lord instructed the Israelites to destroy the Midianites. They killed all of the men, boys and adult women. They plundered the Midian towns and captured the young girls as slaves. All they took were purified, according to specific instructions.

Although the people of God ultimately gained property, personnel and possessions from the course of events, the price was extremely high.

What blessings might they have missed, simply because they failed to remain obedient and pure before the Lord? What blessings do we miss for the same reasons?

God of justice and great mercy,

How astonished we may be

To read of Your judgment

Yet You are just.

How humbled we may be

To experience Your mercy

Help us to grasp

The importance of obeying You

And the value of purity,

For You have purchased us

At the highest price.

By Your great love.