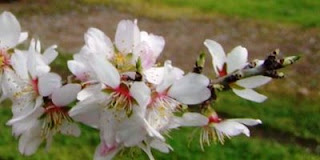 Korah, a Kohathite and Levite, along with his Reubenite compatriots (Dathan and Abiram), possessed the same human nature as Miriam (and the rest of us). Korah rallied 250 prominent leaders to rebel against Moses and Aaron. This mutiny against the Lord’s chosen servants was actually also a revolt against God.

These would-be usurpers of priestly power senselessly desired to burn their censors of incense in the Lord’s sacred spot in the Tabernacle. Such a responsibility belonged only to the Lord’s anointed priests.

Moses instructed the people to keep their distance from the prideful rebels, as God stepped in with a groundbreaking display of divine judgment. 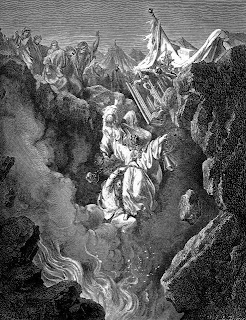 Deaths of Korah, Dathan and Abiram

Occasionally, the Lord simply steps in to make His choice unmistakably clear. Although we often pray for such definite direction, it often comes at a cost.

God told Moses to place twelve wooden staffs in the Tent of Meeting, with one marked for each of the twelve ancestral tribes of Israel. Aaron’s name was written on the staff representing the tribe of Levi.

The Lord promised to indicate his chosen priest in a wondrous way.

By the following morning, Aaron’s staff had burst into bloom. In fact, the rod of Aaron sported almonds as well. God had demonstrated in a visual manner that He had chosen Aaron to be His high priest and to be fruitful, offering fragrant offerings in the Lord’s honor. Any others who dared to try entering the sacred setting to make offerings would be struck dead. 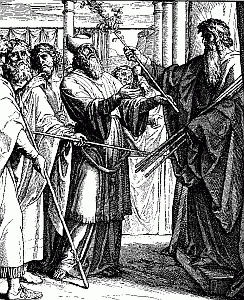 This divine demonstration of God’s priestly appointment of Aaron and his descendants was followed by specific instructions for tithing and support of the priesthood. Choosing to devote the priests wholly to their sacred duties, the Lord instructed that these individuals and their families were to own no land and receive no inheritance. The Lord intended for His priests to be fully supported through all generations (see Numbers 21:23) by the tithes of the people.

At the same time, God clearly outlined that the Levites were also to tithe on whatever they received.

“You must present as the Lord's portion

the best and holiest part

of everything given to you.”

How many personal applications has the Lord packed into this ancient passage for us? Do we question God-given authority? Do we resent those the Lord has placed in positions of power or honor? Are we jealous for greater responsibilities, rather than zealous for the Lord’s own glory?

Of course, the Lord intends for His people to be wise and discerning and to graciously hold His leaders accountable for truth and godliness, even as we are to do with one another. Is there no difference between accountability and an attack?

What must God do to convince us of His choices of leaders among us? And why do we think the Lord must prove anything to us anyway? How might prideful rebellion and leader bashing may cause a destructive schism that may swallow even us in dangerous and destructive ways?

We want to serve You.

We want to honor You.

We want to bloom and bear fruit

Will You humble us

And set your anointing upon us

Fits Your design for us?

Remind us, we pray,

Of those in authority

May we wait for Your leading,

And may You cause our staffs to bloom,

As You show us

Where You would have us to serve You best.