Shot in the street - Can't we all stop and mourn?

Another kid was shot dead this week in one of our cities. By law enforcement. He was 20. How heartbreaking it is to hear of a young life cut short.

I’m not bashing cops. And this particular story is evolving. But however it plays out, it’s calamitous. 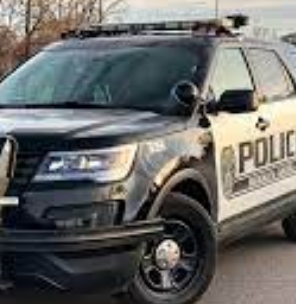 The police have officially called it an accidental weapon discharge. It began with a routine traffic stop over an expired registration. There may have been an outstanding warrant as well. The situation devolved. The police officer supposedly intended to zap the unarmed driver with a Taser, but used a gun instead. The kid’s mom was on the phone (from home) at the time and heard commotion before the call dropped. He died from a bullet wound in the chest. The whole thing was recorded on the officer’s body camera.

The question remains about whether this particular police officer made a grave mistake or acted intentionally. Maybe the truth will come out with incontrovertible proof. Maybe not.


Even if that happens, the loss of the young life still looms. And oh, so many more.

The grieving mom’s life will never be the same, echoing so many others.

How could it ever be?  Losing a child has to be the most unbearable sort of pain life can bring.

And this mother’s sudden unspeakable loss was ruled a homicide by the county medical examiner.  How many times will this grieving mom replay that dropped phone call in her own head?

“He lit up the room in our classroom workshops,” Project Success posted on Facebook. “We are heartbroken and thinking of his family, friends, and community.” The youth organization works with local schools to provide curriculum, workshops, arts experiences, mentoring, and more.

The devastating incident has made headlines around the world, primarily for its tragedy, but also for its timing. This happened in the same city where another white police officer is currently standing trial for the death of another man of color under his uniformed knee. Four local counties declared a state of emergency, and the state Governor declared a curfew, as protestors filled the streets.

And the spiral continues, bringing more unrest and violence and loss and grief.

Can we all stop and mourn awhile?

Tragedies like these bring to mind the oft-quoted prayer of Robert Pierce (1914-1978), the American Baptist pastor and missionary, who founded World Vision and Samaritan’s Purse. Pierce prayed thusly:

“Let my heart be broken with the things that break the heart of God.”

Surely God weeps when sons and daughters lose their lives. The Creator cries when violence storms our streets. He mourns when the unarmed are gunned down, the meek are murdered, and hatred prevails.

This isn’t to throw fuel on the fire, but to call us to compassion.

How long will racial rages remain?

Someday, God will bring His Kingdom to pass. And all His people will belong there … together. There’s so much about that promise that is unimaginably miraculous, but perhaps one of the most unfathomable concepts is that He will bring unity and harmony to our diversity.

“After this I looked, and behold, a great multitude that no one could number, from every nation, from all tribes and peoples and languages, standing before the throne and before the Lamb, clothed in white robes, with palm branches in their hands.” (Revelation 7:9, ESV)

How about us?  This kid’s disturbing death needs to drive us to prayer, if nothing else does.

Oh, Lord. May we long for the day when people will “beat their swords into plowshares and their spears into pruning hooks. Nation will not take up sword against nation, nor will they train for war anymore.” (Isaiah 2:4, NIV).

Let’s ask God to break our hearts with what breaks His, just as Pierce prayed. Today, my heart breaks (and many other hearts break) for the family of this young man, unnecessarily slain.

May the Lord build in each of us a longing for the day He brings beauty for ashes, the oil of joy for mourning (see Isaiah 61:3), and an end to racial divides.

In the meantime, can we care more? Can we learn more? Can we do more? Can we stop writing off others’ pleas to matter, justifying our own callousness and inaction by claiming we all do?

Isn’t it time for us to practice the unity of God’s coming Kingdom? In what tangible ways can we better participate in Christ-like love for one another?

Here’s an aside, if we’re serious about compassion.

That cop’s life is also forever changed, whether she acted inattentively or intentionally.

Mother of two adult sons, she’s been a police officer for more than a quarter of a century. At the time of this agonizing event, she was training a new officer on the job. Respected by her peers, she’s served as police union president. She has resigned from the police force and has been charged with second-degree manslaughter for this awful incident. Whatever happens legally or professionally, and whether the shooting was accidental or not, we have to suppose her heart will always carry the burden of this horrible event that occurred at her own hands.

Oh, Lord. Bring healing to us all.

Feel free to follow on Twitter. Don’t miss the Heart of a Ready Writer page on Facebook. You are invited to visit my Amazon author page as well.