People lie. Deceit is part of the mortal condition, human frailty, and life in a fallen world. Untruth thrives in darkness, but it shrivels in sunlight.

Cheating, chicanery, and the craftiest of shenanigans merely melt under the Master’s gaze – much like snow cones melt on a hot summer day. 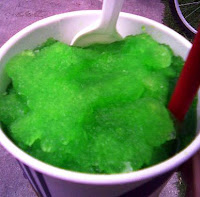 What’s in a snow cone?

Some of these sweet summer treats may contain real fruit juice. But most are filled with artificial flavoring, artificial coloring, sugar, and crushed ice. Leave a snow cone outside in the sun, and it quickly softens into a sticky, icky mess of artificiality.

That’s what lies do.

Have you ever heard of someone spreading a nasty rumor or deceit?

What happens when truth is revealed? The prevaricator (or liar) is stuck with messy hands, as the target of the falsehood comes out clean. That is, the target comes out reasonably unstained, if he has not spilled lies of his own.


Someone has been making lie-flavored snow cones about me lately.

I’m not even going to outline the nature of this conflict. Trust me; you don’t want to know. Let’s just say that there was a disagreement, and a few harmless ones were being harmed. When this occurred, I went directly to the person in question and outlined my concerns.

That person refused to respond to the issues, so I moved on, removing the innocent ones from the situation. Occasionally, that’s the only course to take.

Sometimes we simply have to shake the sand off our sandals (see Matthew 10:14) and walk on. 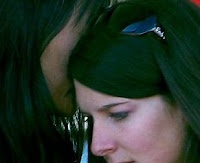 Almost immediately, the rumors started to fly. Over several weeks, this person even enlisted a small band of followers to spread the poison.

In fact, one individual stopped by in person (when I wasn't around) to share her pretenses with some of my colleagues. Fortunately, these straight-shooting folks did not take kindly to her dirty pool.

Maybe that’s how David felt, when plotters accused him wrongly.

“When one of them comes to see me,
he speaks falsely, while his heart gathers slander;
then he goes out and spreads it around.”
(Psalm 41:6, NIV)

Truth will out in time.

Frankly, I’ve considered a few creative ways to respond to the deceivers, but it’s not worth it. Their charges don’t hold water. Their snow cones are already melting. And it's not my job to set them straight.

Of course, it’s not worth playing the mud-slinging game. Besides, it’s not biblical.

A person who plans evil
will get a reputation as a troublemaker.
(Proverbs 24:8, NLT)

Still, it’s hurtful to consider how others may want to hurt us. And it’s easy to grow tempted to strike out at others in return. But we don’t have to spread the chill by making snow cones.

Thank God for His grace, His power, and His undying love. And thank Him for stopping me in my tracks, just when I need it most.

“There are seven things that the Lord hates and cannot tolerate:
A proud look,
a lying tongue,
hands that kill innocent people,
a mind that thinks up wicked plans,
feet that hurry off to do evil,
a witness who tells one lie after another,
and someone who stirs up trouble among friends.”
(Proverbs 6:16-19, Good News).

Prevent me from reacting, when I ought to respond instead, or do nothing. Guard my heart, my mind, my life and my words. Keep me honest, and mold me in the authenticity that only You can offer.

Give me a heart like Yours, to love what You love and loathe what You loathe. Teach me to love people, even those who do not love me. Keep my heart on the right path (Proverbs 23:19).

Let Your truth triumph in our tests. After all isn’t everything a test?