I met a woman yesterday who rocked my world. Honestly, she did. I never met this woman before, and our lives may never intersect again. But her story leaves me changed forever.

How often does God redirect our lives – and our attitudes – with such unexpected appointments? 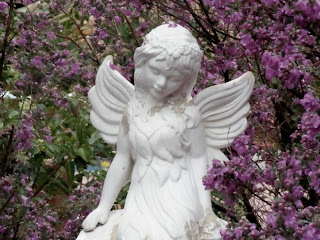 We were standing in line for about three hours together, waiting to pay respects to the family of a dear friend, who shockingly and suddenly passed away. At first, we were strangers. But, as the queue wove its way down a church hallway and around the lobby, we became friends and confidantes.

This lovely lady opened her heart, revealing how her beautiful daughter’s promising young life ended, nearly eight years ago to the day. The teen apparently interrupted a burglar, who murdered her in her own home.

And her mother found her.

I cannot imagine anything worse.

Even now, the mother grieves, as if this occurred yesterday. I shuddered and struggled to find words of comfort. What promises could a believer impart at such a time?

Weeping may endure for a night,
But joy comes in the morning.

Boy, that sounds like a pat answer, doesn’t it? 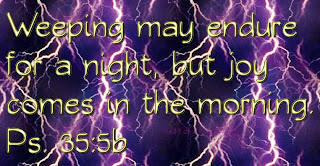 Yes, it’s Bible truth, and it’s easy to pass those words along in times when our own lives seem manageable. But what happens when we are the ones faced with heart-ripping tragedy, trauma, and tumult?

Ask any parent who’s ever buried his or her own child. And what if that son or daughter has been suddenly stolen from life by another’s act of violence? Or what if that child perished in an accident or from a terrible disease?

Does joy really come in the morning? Does joy ever come again at all?

Sure, we can examine the differences between joy and happiness. We could contrast contentment with bliss. We might even look at the chasm between forgiving and forgetting.

Can that help – when it really hurts?

Maybe we cannot truly understand God-given joy until we have found it in our darkest seasons of soul-striking grief. When we cannot even lift our eyes to let the tears fall, and we find God is still there, perhaps that is the point.

He weeps when His loved ones weep.

He embraces the widow, who longs to reach for her beloved. He holds the mother, who can no longer hold her child.

And He guards our hearts, so we are not perpetually consumed by grief, anger, hatred, bitterness, and a never-ending passion to exact revenge on those who have been overcome by evil to the point of causing our sorrow and loss.

The sweet grieving mom I met still weeps for her daughter. Of course she does. The loss will always be there. But, many years later, she is living and loving and stepping out each day to care for her family and friends and to reach out to others.

She mourns, but she refuses to let hatred for her daughter’s killer poison her own heart. 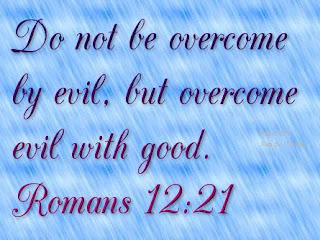 And, at least for now, there go all my own seemingly tiny disappointments, disagreements, discouragements, distresses, and discomforts. My compass has been reset.

Do not be overcome by evil, but overcome evil with good.

Image/s:
Angel by PhotogLife
MorgueFile
Scripture slides
created by this user
on CoolText

Clothe me with compassion


Fabrics are fabulous. I love the feel of different textiles: the smoothness of silks, the fuzziness of flannels, the crispness of cotton, and the wonderful warmth of wools. As a lifelong sewing enthusiast, I probably possess a particular passion for cloth and customized clothing. 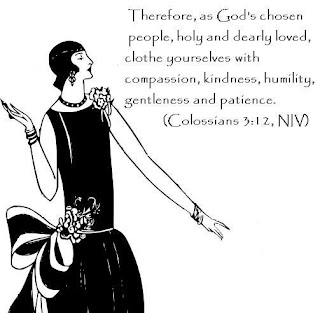 Over the years, I’ve stitched up everything from Easter frocks to prom dresses, swimsuits to business suits, tote bags to Christmas tree skirts, and sleepwear to sundresses.

In fact, I even worked in a fabric store to pay my way through graduate school. I actually enjoyed unrolling and re-rolling bolts of corduroys, ginghams, and fleeces to help customers begin their own sewing and decorating projects.

The colors, patterns, and textures intrigued me and soothed the stresses of advanced schooling.

Fabrics can be comforting in a host of ways.

God promises to clothe His people in His righteousness, covering us with robes of purity purchased with His own Son’s blood at Calvary. What a comfort that is!

If the Master of the universe, the Creator of all, can wrap us in such compassion and love, then surely He can garb us in like manner – even now.


Lord, help me to give up the tattered rags containing sorrow, guilt, jealousy, selfishness, pride, worry, and other unworthy threads. Clothe me in Your compassion, for I need it every day. Mark me with Your mercy. Button me up in Your protection, purge me from the stains I carry, and smooth out the wrinkles in my soul.


Scripture graphic created by this user,