A Lady Who Leads 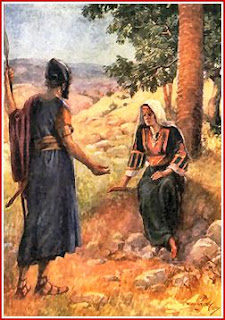 Does the Lord call women to positions of leadership?

For millennia, the faithful have pondered this question. Respected leaders on both sides of the theoretical gender ordination fence have voiced their views. Some contend that women ought not to teach at all. Others claim females may instruct other females and children, but not men past puberty. Still more insist ladies can be called by God to lead both men and women.

Certainly, the Bible contains clear examples of women the Lord has used in mighty ways. Is there anyone (of either gender) that God cannot use, if he or she will simply yield to His power and purpose?

Will we attach additional qualifiers to those God has already given to us?

In the 13th Century B.C., the Lord actually called a faithful female as a prophetess and judge over His people. Deborah was a respected leader, who arbitrated disagreements and advised the nation’s military commander on issues of national concern.

“Deborah, a prophetess, the wife of Lappidoth,

was leading Israel at that time.

She held court under the Palm of Deborah

between Ramah and Bethel

in the hill country of Ephraim,

and the Israelites came to her

to have their disputes decided.”

Today’s Bible reading reveals how Deborah planned and orchestrated Israel’s attack on the Canaanite King Jabin, who possessed 900 iron chariots. Deborah instructed Barak to call 10,000 soldiers (from the tribes of Zebulun and Naphtali) to battle.

“One day she sent for Barak son of Abinoam,

who lived in Kedesh in the land of Naphtali.

She said to him,

‘This is what the Lord, the God of Israel, commands you:

from the tribes of Naphtali and Zebulun

And I will call out Sisera,

along with his chariots and warriors,

to the Kishon River.

There I will give you victory over him.”’”

Barak heeded the words of the Lord, spoken through the prophetess and judge Deborah. And the Lord granted the Israelites the victory. Sisera fled from the battle, leaving his chariot behind and hid in the tent of Heber the Kenite. But Heber’s wife Jael killed him with a tent peg while he slept.

King Jabin and his forces were destroyed, and Deborah and Barak led the people in a song of praise to the Lord.

I will sing praise

to the Lord God of Israel.”

To God be the glory for each victory He achieves, no matter whom He may decide to employ in the process. May He make us willing and able to participate in His purposes upon the earth.

The battle is Yours alone.

Every fight we face,

In the flesh and in the spirit

Is in Your hand.

So that we may be useful

As You work Your will

Call us to courage,

As we depend upon You

You have already gone before us.

Nothing we may face

For You have already