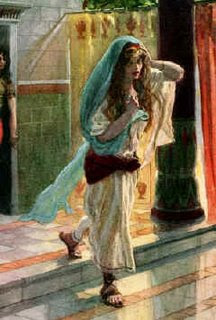 The Desolation of Tamar

Although King David has enjoyed significant victories, at the hand of the Lord, in battles with neighboring nations, another battle has brewed within his own family.

A Son Sick with Lust

David’s son Amnon (born to David’s wife Ahinoam of Jezreel) was David’s oldest son and the heir-apparent to the throne of Israel. Although Amnon’s Hebrew name meant “faithful,” his behavior proved this to be untrue.

Amnon lusted after his own half-sister Tamar (daughter of Machah of Geshur), who was sister to his half-brother Absalom. The young man cooked up a plan to lure Tamar into his private quarters, and he raped her.

Afterwards, Amnon looked at Tamar with loathing, and she returned to her brother Absalom’s house in grief and disgrace.

The sin of Amnon initiated a series of destruction within the house of David, as sin often does. 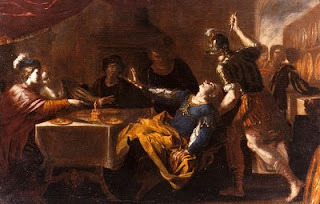 The Murder of Amnon by His Brother Absalom

A Seed of Anger Sown

Tamar’s brother Absalom was furious that their half-brother had so dishonored her. Initially, Absalom said and did nothing. For two years, he planned his revenge upon Amnon.

Finally, Absalom held a banquet during the sheep-shearing season and invited his brother Amnon. Once Amnon was drunk with wine, Absalom had him killed.

How often does our desire for vengeance lead us to heap our own sin upon that of another?

Absalom fled from the kingdom, fearing the wrath of his father, King David. But David mourned the loss of both of his sons. In particular, he grieved over the absence of Absalom and their broken relationship.

David’s own military leader, Joab, coached a woman of wisdom to persuade the king with a parable to readmit Absalom into the kingdom.

‘Why then have you devised a thing like this

against the people of God?

When the king says this,

does he not convict himself,

for the king has not brought back his banished son?

which cannot be recovered, so we must die.

But God does not take away life;

instead, He devises ways

so that a banished person

may not remain estranged from Him.’”

The woman’s story convinced David, and he issued an order that Absalom be returned unharmed.

Eventually, the return of Absalom would prove destructive to David. In the meantime, however, he would enjoy the reconciliation with his son, even though his eldest (Amnon) was gone.

David’s heart mirrored the heart of God, as he forgave his son and brought him home. How blessed we are that our loving God desires reconciliation with us, rather than rejecting us when we fail Him. May we answer His call, rather than remaining distant and estranged from our Heavenly Father. Is He calling you home to His heart today?

We can hear You calling us

Closer to Your heart.

Give us ears to hear Your voice

And open our hearts

To receive Your words.

Draw us to Yourself.

We long to know You

For holding onto us,

Even when we turn aside from You. 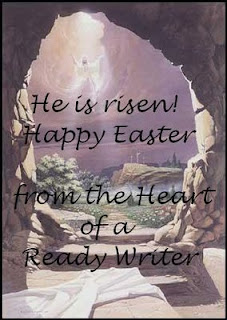