A to Z Answers: Vision is Vital

Blindness can be a terrifying experience.

Have you ever stepped out of a dark theater and found yourself blinded temporarily by bright sunlight? Blindness is baffling. 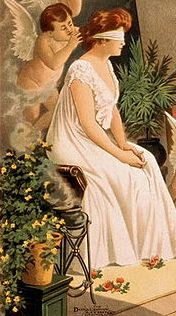 As children, we used to consider crazy hypothetical questions. We’d test one another’s mettle with daring queries about the grossest things we’d be willing to eat or the scariest things we’d ever done.

A popular debate focused on this dichotomy: “Would you rather be blind or deaf?” Although I am certain that hearing impaired life is challenging, I always thought blindness would be the worse choice of the two. Growing up, I discovered what a visual person I am.

Don’t ask me why. We were kids.

Of course, I never actually considered that I might become blind, even temporarily. But I did.

A few years ago, I lost vision in one eye. Depth and color perception vanished, along with most of my sight on that side.

Doctors were befuddled. An emergency room doctor prescribed antibiotics for a possible sinus infection, but it wasn’t. Two optometrists suggested brain cancer or lupus, but it wasn’t.

A battery of tests and scans revealed optic neuritis. A specialist put me on medication, and people prayed.

For several weeks, I learned more than a little about depending upon others for such basics as driving, reading product labels, and picking out clothes in my own closet. Walking in town, I occasionally noticed one of my kids would grab my sleeve to keep me from bumping into something or someone.

As a writer and an avid reader, I had to step back for more than a month. But I saw something I may not have seen before.

Sometimes vision has little to do with eyesight.

God met me in my blindness. I gained a new focus, even while my eyesight was dim. Sometimes God speaks most clearly when we curb all the extra input.

I will lead the blind by ways they have not known,
along unfamiliar paths I will guide them;
I will turn the darkness into light before them
and make the rough places smooth.
These are the things I will do;
I will not forsake them.
(Isaiah 42:16, NIV)

Honestly, I hated being blind, even in one eye. But I loved seeing how God stepped in.