A to Z Answers: The Quick and the Dead

The familiar and regularly recited Apostles’ Creed directly states that the risen Christ will return from Heaven “to judge the quick and the dead.” What does that mean?

First, here’s the entire text of the Protestant Version. (The Catholic version is slightly different, substituting “The holy Catholic Church” for “The holy Christian Church.”)
.
.

I believe in God the Father Almighty,
Maker of heaven and earth:
And in Jesus Christ his only Son our Lord,
Who was conceived by the Holy Ghost,
Born of the Virgin Mary,
Suffered under Pontius Pilate,
Was crucified, dead, and buried:
He descended into hell;
The third day he rose again from the dead;
He ascended into heaven,
And sitteth on the right hand of God the Father Almighty;
From thence he shall come to judge the quick and the dead.
I believe in the Holy Ghost;
The holy Christian Church;
The Communion of Saints;
The Forgiveness of sins;
The Resurrection of the body,
And the Life everlasting.
Amen. 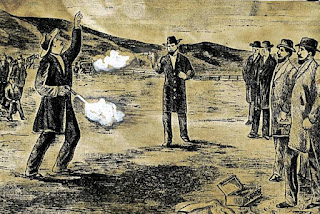 Fans of Hollywood Westerns might think of outlaws, sheriffs, deputies and high-noon gunfights.

The quickest draw would not only win the duel, but also remain alive. The slowest draw, of course, would become the newest client for the town undertaker.


What does the Bible say about “the quick and the dead”?

This wording occurs twice in the King James Version of the Holy Bible:

Him God raised up the third day, and shewed him openly;
Not to all the people, but unto witnesses chosen before God, even to us, who did eat and drink with him after he rose from the dead.
And he commanded us to preach unto the people, and to testify that it is he which was ordained of God to be the Judge of quick and dead.
To him give all the prophets witness, that through his name whosoever believeth in him shall receive remission of sins.
(Acts 10:40-43, KJV, emphasis added)

Who shall give account to him that is ready to judge the quick and the dead.
For for this cause was the gospel preached also to them that are dead, that they might be judged according to men in the flesh, but live according to God in the spirit.
But the end of all things is at hand: be ye therefore sober, and watch unto prayer.
(1 Peter 4:5-7, KJV, emphasis added)

Intriguingly, the Apostle Peter was the speaker of both passages. Throughout Christian history, Peter has been characterized as a strong, animated, and perhaps even impulsive personality. One might say Peter could be quick on the draw.

Certainly, Peter was quick and not dead. 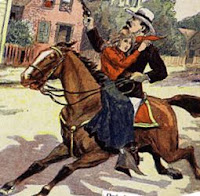 The sentence structure in both Bible passages, as well as in The Apostles’ Creed, positions the two terms as opposites. Therefore, “quick” must be intended as an antonym to “dead.”

Does the prophetic warning that Jesus will judge both quick and dead mean that He will separate the two, like sheep and goats (as in Matthew 25)? Or does it mean that all men, those yet alive at His appearing and those who have already passed, will face judgment at that time?

Maybe we don’t know for sure.

Even so, I’d surely rather be quick than slow, when it comes to preparing for Christ’s return. As long as I live, I want to want to love Him more. I desire to desire to follow Him more faithfully. I long to long for His smile upon my soul.

Maybe you do too.

Make us ready for Your appearance.