On Oppositions and Traditions

On Oppositions and Traditions 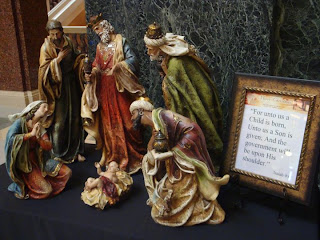 Stop me, if you’ve heard this one. Wait! It happens every year in one borough or another.
This year, it’s Madison, Wisconsin.
Earlier this month, the conservative Wisconsin Family Council purchased a Christmas nativity set and assembled it in the Capitol Rotunda in Madison.
The tasteful tabletop display (see photo at right) includes six figures, with the tallest standing 25” tall. A small placard includes this quote from Isaiah 9:
“For unto us a Child is born.
Unto us a Son is given.
And the government will be upon His shoulder.”
Incidentally, the same Scriptural phrase may be heard in Handel’s classic oratorio, “The Messiah,” which is played perennially by civic and private orchestras and sung by choirs.
Immediately, the Freedom from Religion Foundation, a Madison-based group led by Annie Laurie Gaylor, took offense to the faith-based figurines.
"It's distressing to me that we have a manger scene on top of all of the religion at the Capitol," Gaylor complained (as quoted by Host Madison)."Every day it's religion, religion, religion."
The atheist group applied for a permit to set up a winter solstice scene in the Capitol Rotunda. Apparently, the display would include, as Gaylor said, “a different type of wise people.”
As it turns out, the atheist exhibit sports a banner headline that reads: “Celebrate the Solstice: The Reason for the Season.”
In a clear parody of the Christian crèche, the cast includes depictions of Charles Darwin, Albert Einstein and Mark Twain (in place of the Magi). The Virgin Mary is replaced by the goddess Venus. A baby girl doll sits upright in the manger, and an astronaut and the Statue of Liberty appear in place of angels.
Characters feature atheistic quotes, such as Mark Twain’s “Faith is believing what you know ain’t so.”
Well, Merry Christmas,
and Happy Holidays!
Shop Amazon's Gifting Page

Let me get this straight.
According to many Badger State denizens, it is perfectly acceptable for anti-conservatives to camp out in the Capitol building for weeks on end. It’s fine for doctors to write fake sick leave notes (see title link below) for teachers skipping school to participate in the protests. (Well, maybe not.)
It’s OK for these folks to use the public facilities (electricity, water, etc.) and to totally trash the place, leading to considerable state-funded (Read: taxpayer dollars) efforts to clean up afterwards.
But it is offensive to set a modest and privately-purchased Christmas display on a table for the month of December.
Personally, as a Christian, I love seeing tasteful nativity scenes to celebrate the birth of the Savior. I have no problem with atheists wanting to set up a pagan display to mark the winter solstice in a public place as well. American free speech allows even the sarcastic stabs at what I (and fellow believers) deem sacred.
But it sure seems mean-spirited mockery the way they did it in Madison. It’s all in the approach.
So how do we respond?
How about a bit of “Peace on Earth, Goodwill to Men”?
Doesn’t Jesus, the Birthday Babe of Christmas, love everyone? Didn’t He pray for those who persecuted Him and even those who nailed Him to Calvary’s cross? Didn’t He choose to die for us, long before we knew and loved Him?
Last week, I sent out scores of electronic holiday greetings to friends, readers and subscribers. My message said this:
Christmas Blessings!
All this took place to fulfill what the Lord had said through the prophet: “The virgin will conceive and give birth to a son, and they will call him Immanuel” (which means “God with us”). Matthew 1:22-23, NIV
In the background, “O Holy Night” played.
Here’s the photo I included. 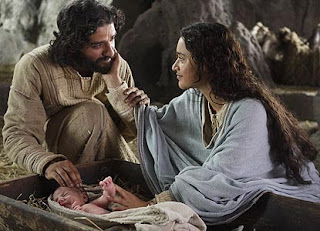 My intent, like most Christians, was to pass along holiday cheer. I hope I didn’t offend any unbelieving friends.
And, if friends should respond with atheist, Kwanzaa, Hanukkah, Winter Solstice or generic seasonal greetings, I will be happy to hear from them. My faith can withstand differences of opinion. Can yours?
Merry Christmas!
Related Items:
Madison Mounted Patrol Q&A: Policing Madison Political Demonstrations
Wisconsin Docs Face Exams for Writing Notes for Hooky-playing Teachers
Madison Protests Bring in Lots of Dough
.
Shop Amazon - FREE One Day Shipping on Select Products