Devotion, a Dream and a Donkey

Devotion, a Dream and a Donkey

Have you ever ridden a donkey? Maybe you’ve taken a spin on a bouncing burro, an amble on an ass or a stroll on a saddled-up donkey at a county fair or a farm visit. How did it feel?

Did you ever take a trail ride on a donkey? I have, and it’s a very different experience than riding a horse. Donkeys tend to trudge along, and it can be a bit of a bumpy ride. Often reluctant, these smaller equids may require a bit more persuasion than ponies or other swifter steeds.

Imagine Mary and Joseph, facing a journey across the wilderness to Bethlehem.

Can you picture young Mary, wide-eyed and wondering, as she carried the Christ child inside her body? Still a virgin, she had only the word of the Lord’s angel to point to the prodigious path she was to walk. Friends and family members scorned her when she turned up pregnant before marriage.

And Mary was probably no more than 14 years old.

How about Joseph, the earnest carpenter, who arranged with Mary’s parents to wed their teen daughter? Good-hearted, he offered to call off the wedding quietly, when his bride-to-be began to bloom in maternal anticipation. Waking up from a dream, in which an angel clued him in to God’s secret plan, confirming his beloved Mary’s claims, Joseph was emboldened to marry the pregnant teen.

Then Caesar Augustus called for his census. 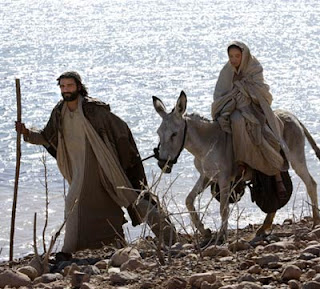 The emperor’s decree called for all men in the Roman world (which then included the Holy Land) to travel to their birthplaces and register for a census. That order sent Joseph packing for Bethlehem, about a 65-mile trek from his carpenter shop in Nazareth.

He loaded his bride, then in the final stages of pregnancy, onto the donkey for the trip. The journey took Joseph and Mary through rough terrain, mostly uphill. They likely slept outdoors on the ground, warming themselves by campfire, with the donkey grazing nearby.

Perhaps Joseph offered Mary his own robe in the night chill, hoping to comfort her in her full-blown prenatal expectancy.

Riding a donkey, bumping up and over rocky hillsides, would have been enough to send nearly any expectant mother into labor.

If you wonder how this trip might have felt for the faithful couple, take a look at “The Nativity Story” (2006). Here’s the movie trailer. Look particularly at 1:38 (and following) in the video.

Finally, after many days, they ascended the hills of Judah to Jerusalem (where Jesus would again enter by donkey, some 30 years later) and then continued to Bethlehem, where Mary bore the Christ child in the stable of an overbooked inn.

This story has always puzzled me a bit. I have often wondered about the arduous ordeal Mary and Joseph faced.
.
.

Why would God not have kept Mary more comfortable, as she carried His own Child?

The Virgin Mary faced rumors of premarital infidelity and likely fears of her own, probably from the very onset of morning sickness and the earliest confirming signs that a child was forming in her womb. Turning up unmarried and with child could be cause for stoning in that age. 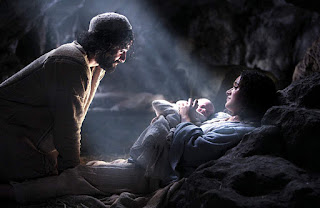 Plus, motherhood is challenging enough, but those last days of pregnancy can be downright difficult. Why didn’t Jehovah Jireh, the Provider, make more amenable arrangements for the mother of the Son of God?

Joseph likely was mocked by his peers in Nazareth, as he took in a wife who bore another’s child. Maybe folks assumed the baby was his own, snickering about secret transgressions.

Certainly, Mary and Joseph were uncomfortable most of the time. Their entire journey was anything but convenient. Still, they continued to trust God.

What was the Lord trying to prove by sending His Son under such circumstances?

The mind of God is unfathomable. We may never fully understand His plans and purposes. Maybe He leaves such questions unanswered, so we must trust Him anyway.

Could it be that the Almighty is more concerned with our adoration than our accommodations? Is God focused on our commitment or our circumstances, on our hearts or our homes, on our prayers or our pain, on our wonder or our wealth?

Maybe it’s not all about us, after all. 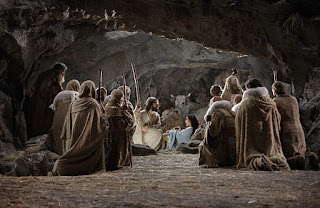 The birth story of the Messiah is filled with humanity and humility. Jesus arrived in nitty-gritty down-to-earth drama, even as young Mary bore Him in a lonely stable with animals rustling around nearby.

The King of Kings and Lord of Lords needed no elegant horse-drawn carriage or gilded cradle. There, in a barn, rough-hewn from a mountain cave, Jesus arrived in humble holiness. Angelic midwives, seen or unseen, drew Him forth.

And the Heavens erupted with song.

“Glory to God in the highest heaven,
and on earth peace
to those on whom His favor rests.”
(Luke 2:14, NIV)