I am touched by this painting by 19th Century Scottish painter William Dyce (1806-1864).  I think it is significant that Jesus is pictured off to one side, with rugged and rocky wilderness filling the rest of the scene.

This is probably the scene of Jesus' temptation and testing, as found in Luke 4.

With His head bowed, the Savior solemnly prays to the Father. The sorrow is clear on His face, as He likely pleads for changed human hearts. He probably ponders the rough road before Him, including betrayal, grave mistreatment and a torturous death. 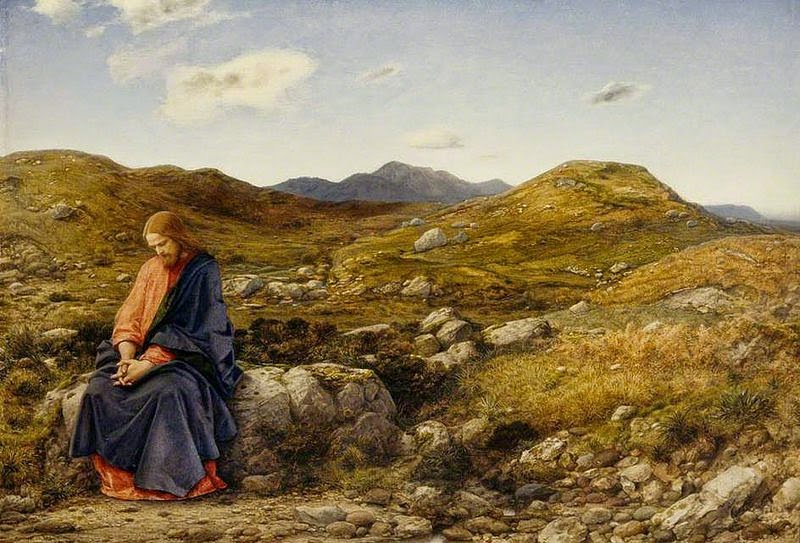 Even in His sorrow, though, He understands the joy of certain victory. He fully knows the Father’s love.

He understands the cost and is willing to pay for the sin of mankind. And He determines that we are worth it.

Because of His sorrow, we can know joy and victory and grace that lasts.

And let us run with perseverance the race marked out for us, fixing our eyes on Jesus, the pioneer and perfecter of faith. For the joy set before him he endured the cross, scorning its shame, and sat down at the right hand of the throne of God.
(Hebrews 12:1b-2, NIV)
Man of Sorrows
by William Dyce
c1860