Sometimes a painting catches me off-guard and leaves me somehow changed, just for the seeing of it. Christ and the Adulteress, by Palma il Vecchio, has done exactly that. 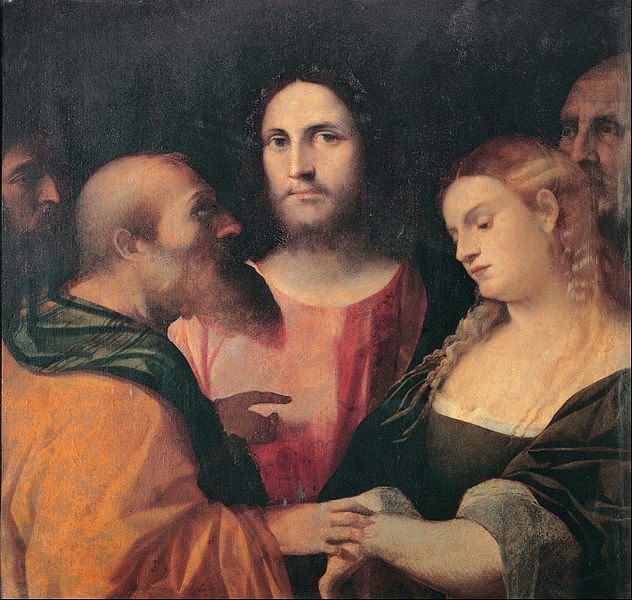 Palma il Vecchio, a16th Century High Renaissance painter, depicted a New Testament scene, in which the religious leaders of the time criticized an adulteress in the presence of Jesus. Such instances occurred multiple times during the earthly ministry of the Lord. Perhaps the artist was focusing on the account in John 8, in which a woman was taken out to be publicly stoned for sexual sin.

I’ve frequently be struck by the way Jesus approaches obvious sin and hidden sin. In the New Testament, the only times He really seemed to express anger were when he confronted those who seemed to be righteous, but weren’t. He railed against pretenders of piety, but welcomed the painfully penitent.

That brings us to this painting and how it impacted me.

Clearly, Jesus is ready to forgive the vilest sinner, who humbly asks for His grace. And, before we jump all over the pretentiously pious, let’s consider that God wants to extend His mercy to them too. (Remember Saul of Tarsus, who became a hero of the faith and a teacher of grace?)

So … who is Christ looking at in this painting?

Color me convicted on all counts. But, praise God. I’m also covered in His righteousness, which removes my lack of it.