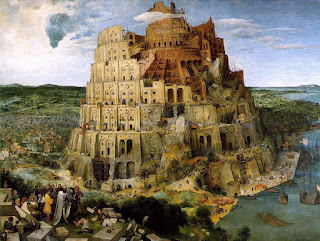 by Pieter Bruegel the Elder

Genesis 10-11 recounts the beginning of globality, cultural and linguistic multiplicity and initial lineages of the major people groups of the world.

Let's revisit some of the significant names that are introduced in this section of Scripture. The Heart of a Ready Writer offers a crossword puzzle to accompany today’s readings in The Daily Bible in Chronological Order: 365 Daily Readings.

It’s easy to scan quickly through long genealogical passages in the Scriptures. Still, the details may prove revealing. After all, if the content were not critical, would God have included it in His Word?

See how you do with this genealogical puzzle. Go ahead and open your Bible to today's readings, so you can refer to the passage to answer the clues.

(If you wish, you can right-click, copy and paste the puzzle into a document for printing.) 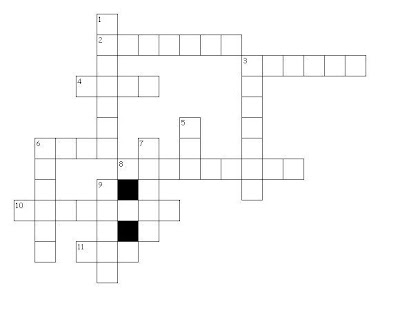 How did you do?

Be assured that God will bless the reading of His Word, and that you may be encouraged by digging deeper into the texts. God desires to share His sacred secrets with those who will pursue Him.


Will you pray with me?

What a marvelous Maker You are.

Even the details of our lives matter to You.

You create lineages and families.

All You ask is that we honor and adore You.

How we long to do just that.

May all the peoples of the earth come to praise You.