Without a doubt, the hand of the Lord was upon Joseph, son of Israel. The Lord had great plans for this lad, and He revealed this in dreams.

Check out this music video, “Miracle Child,” taken from the 2000 animated movie, Joseph: King of Dreams:

Joseph was destined for leadership and anointed for ministry. How did the boy respond to God’s call?

Has God ever tapped a leader that was without human frailties and faults? Are any of us free from the temptation to become prideful when the Lord appoints us to a ministry? 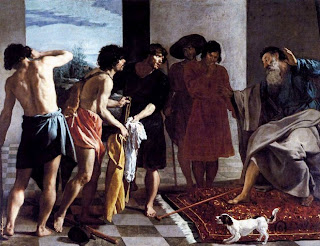 From Papa’s Pet to the Pit

Joseph’s brothers became jealous of him, particularly as they observed their father’s great favor for this son. Joseph’s proclamations of his God-given dreams of greatness surely added to their ire.

Although God’s anointing was genuine, perhaps Joseph should have been more prudent in sharing these visions with others, particularly his brothers. Ultimately, he lost his freedom, and very nearly his life, as a result.

Who doesn’t desire the bountiful blessings of the Lord? Don’t we pray for God’s hand to rest upon ourselves, our families and others we love?

Still, ought we to boast about the Providence of the Lord? Although we may voice great gratitude to the Lord for all He has done in our lives, perhaps we need to temper our crowings in sensitivity to those around us. Where is the line between gratefulness and gloating?

When God blesses us richly, as He so often does, are we considerate of the trials others may be facing at the same time?

Might it not be much more prudent to boast of the Lord Himself?

“I will boast only in the Lord;

let all who are helpless take heart.”

The second half of today’s readings traces the story of Tamar, the widowed daughter-in-law of Judah.

Finally, Tamar practiced a bit of creative deception to conceive a child through her father-in-law Judah. Actually, she conceived and delivered twin boys, Perez and Zerah. Perez’ offspring would eventually lead to Jesus Christ, who would be known as the Lion of Judah (see Revelation 5:5).

What a wondrous God we have, who orchestrates human events to fulfill His gracious will. Even the sins of mankind cannot prevent God’s purposes. 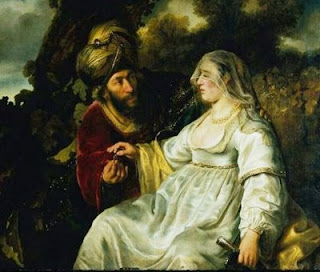 You have blessed us

We cannot count the abundant provisions

You bestow upon us daily.

Nudge us to thank You.

That none of Your gifts

Come from our own merit,

Only by Your grace.

Protect us from pride,

So that You can use us.

May we delight only in You.