Have you ever heard the old joke about personal plans, often attributed to filmmaker Woody Allen? It goes something like this:

“If you wanna make God laugh, tell Him your plans.”


I’m not sure God actually laughs at our plans. I think He loves His children too much to mock us. He might chuckle fondly, in an “Aren’t my kids adorable when they think they’re in charge here?” sort of way. Maybe that’s what Woody meant.

God doesn’t want to be part of our plans. He wants to be the plan.

He is the loving Architect of our lives. So we probably look a little ridiculous, if we try to sketch out our own rather sketchy plans and then invite the Creator of Life to tag along.

Today’s Bible promise points us in another direction. 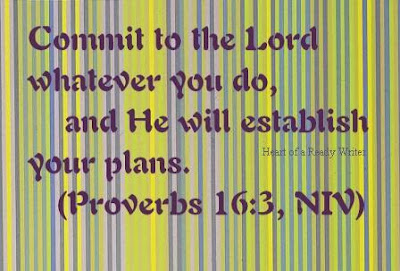 It says, “Commit to the Lord whatever you do, and He will establish your plans” (Proverbs 16:3, NIV).

Let’s see if I have this straight.

If I actually commit my life to God, including all my plans and activities, then He will guide the way. That seems like a much better plan – at least, in the stretches where I keep that commitment.
In the decades since I first came to know the Lord personally, I’ve persisted in trying to make several plans, which often flopped. In other seasons, I’ve trusted God more for His plan, which always turned out better in the long run. Sometimes His plans have stretched my faith, but left me speechlessly blessed afterwards.

Maybe you’ve been there too.
I want to be established, not erratic. I want to ask God for His plan before assembling my own. May He give me the strength and the sense to keep that resolve. Who’s with me?

By the way, November 2nd is Plan Your Epitaph Day. What would you want yours to say? 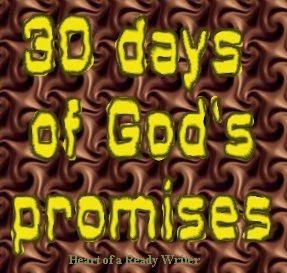 Throughout the month of November, Heart of a Ready Writer posts favorite Scripture blessings in a series titled “30 Days of God’s Promises.” Why not bookmark, follow, or subscribe (free), so you won’t miss a single one?


Created by this user