Welcoming – God's character from A to Z

Even living in the American Midwest (a region often tagged as particularly friendly), I sometimes wonder if the world is not nearly as friendly or welcoming as it used to be. We live in a small town, sort of out in the country. We’ve been in the same neighborhood for almost 15 years, a subdivision with maybe 30 homes.

And we know about five families. I think I’ve actually stepped inside three homes besides our own. When I go jogging, I try to look up and smile or wave, but only a few folks even seem to look up.

Maybe that’s partly on us. Perhaps we’re the ones who aren’t wholly hospitable. I don’t know. But it doesn’t feel like the neighborhoods I remember from childhood. We used to play pickup kickball in the street. We’d knock on doors and holler and play hide-and-seek across the yards.

Not so much anymore.

It just seems as if people tend to steer up their driveways and into their garages, closing the doors behind them. No one appears to invite much interaction anymore. 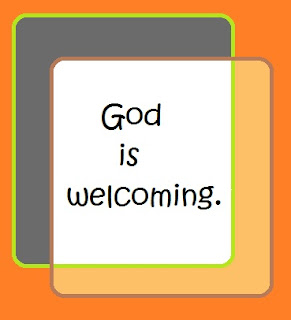 God is not like that. He is wholly hospitable.

If God had a party (and He will have a whopper of a bash one day!), He'd throw open the doors and invite all His people. He'd want everyone to want to be on the guest list. (See Luke 14.) It wouldn't matter if everyone's kids went to the same schools, if they played the right sports, if they worked for certain companies, or even which flavor of church worship they liked. He'd welcome everyone who responded to His invitation.

God is 100 percent holy and would be altogether unapproachable, were it not for His great love and grace and mercy. But because He is committed to those He has created, He redeems us and calls us and welcomes us into His arms of compassion and forgiveness and acceptance.

Even before we come to realize it, we are thirsty for the water of life He offers. 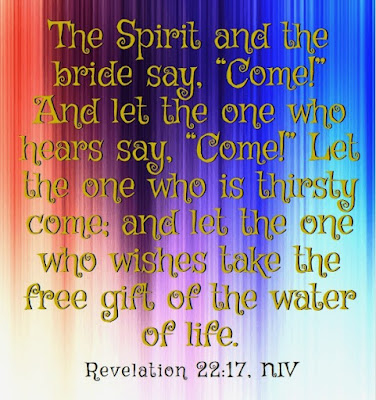 Wait a minute. Who is the bride?
The Bible repeatedly refers to the Church as the bride of Christ. Revelation 19 paints a prophetic picture of the Marriage Supper of the Lamb, when believers are united forever and fully with the Lord. Revelation 21 (the chapter preceding today’s key verse) describes the New Jerusalem (the Holy City) as “a bride adorned for her husband.”

Throughout the Old Testament book of Hosea, the parallel between a fully loving husband (God) and a faithless wife (His people) is drawn. Clearly, this analogy does not portray all wives as unfaithful or all husbands as ideal. And the bride metaphor includes both men and women. (Take it easy, guys! We get it.)

But the relational symbolism does allow us to envision the unbreakable and unshakable bond God forms with us, even when we display our mortal mischief and misgivings, our weaknesses and willful straying from Him. He keeps His vows.

God calls His people back repeatedly, honoring His own covenant of love and grace and mercy. 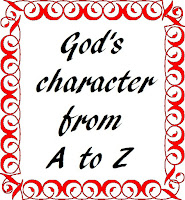