Persistent – God's character from A to Z

A seemingly endless meeting finally adjourned. Ducking into the corridor to check my phone alerts, I noticed a text message from a friend. We had spoken the day before and made tentative plans to get together.

“Still up for lunch?” she had typed.

Later that day, I gave her a call.

“Well, when I didn’t hear from you, I went with someone else,” she said.

OK, no big deal. But the incident set me to thinking, especially since it wasn’t the first time this sort of eleventh hour switch had happened with this particular friend.

People let each other down.

Maybe we give up on each other too easily. We tend to throw in the proverbial towel at the slightest slight. We take offense at unintentional wrongs and alienate one another without even meaning to do so – not to mention the on-purpose outright or passive destruction we may persist in doing.

But God never gives up. He keeps asking. He nudges and pokes and reminds and taps. And sometimes He sends even stronger messages.

If God called you to meet for lunch, He would keep the appointment. He’d also show up on time. 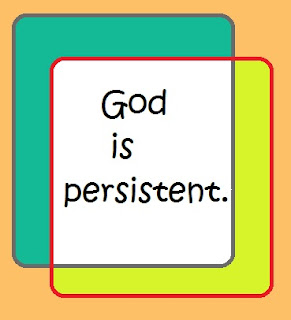 The Father of Light and Love is determined, firm, insistent, persevering, relentless, resolute, steadfast, tireless, and unshakable. But His purpose is ultimately for our good and for His glory. Unlike man, God is persistent in a perpetually positive way. He’s not stubborn. He is faithful. He never gives up, as He calls us continually onward and upward.

“Being confident of this, that He who began a good work in you will carry it on to completion until the day of Christ Jesus.” (Philippians 1:6, NIV) 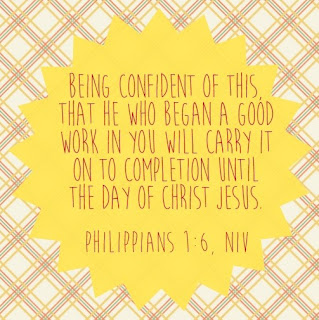 God never surrenders or deserts us. His plan is secure. He keeps His appointments. And He promises to stick with us all the way to the end.