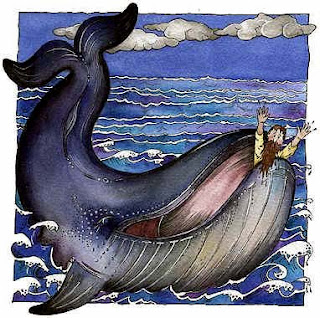 Jonah Is Swallowed by the Big Fish

Is it possible to run away from God, when He calls?

Consider Jonah. This Old Testament story is a Sunday school favorite. Jonah, son of Amittai, was an Old Testament prophet from Gath Hepher in Israel. The Lord called Jonah to preach repentance to the wicked people of Nineveh, and Jonah ran away. He boarded a ship for Tarshish.

Did Jonah truly believe he could escape the Presence of the Lord?

Of course, God was not amused by Jonah’s antics. The Lord sent a great wind upon the sea (probably with a single breath). The ship’s crew began tossing cargo overboard, trying to keep the vessel aright. Finally, Jonah revealed his sin.

The ship’s crew tossed Jonah overboard, hoping to appease God and calm the storm. And it worked. Seeing this, the men on the ship believed in the one true God and worshipped Him.

Jonah hit rock bottom – or at least the lower ribs.

The Lord caused a giant fish to swallow Jonah whole. Perhaps it was a whale. It may have been a big shark. Some have said it was even a sea monster. All we know is that this ocean creature downed Jonah in a single gulp (see Jonah 1-2).

That alone is a miracle, isn’t it?

Inside the belly of this leviathan, for three days and three nights, Jonah called out to God. He repented of his rebellion. And God answered.

Can you picture the physical condition of the prophet Jonah? In three days, the digestive enzymes of the fish or sea creature would likely have eaten away at Jonah’s clothing. His skin, hair and nails would probably have become bleached and perhaps even corroded.

In this rather scary condition, Jonah appeared to the people of Nineveh. The Lord used this gooey and gamey, but now godly, man to usher in a spiritual revival in the land. Briny but bold, Jonah had no three-piece suit, designer shoes or trendy hairstyle. He was a mess. But God worked through him.

The king of Nineveh ordered a fast, donning sackcloth and ashes. The people repented of their wicked ways. The Lord withheld His destruction of the city.

Is there anyone the Lord cannot use? 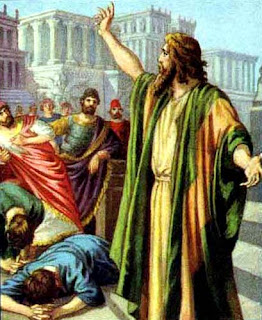 Forgive us for prizing appearances

Above Your power alone.

We confess that we have often

Tried to run from Your call

Or avoid the work You have given us to do.

Teach us to recognize Your voice,

And open our hearts

To obey You willingly.

We long to be used by You,

And You work Your ways

Of wondrous mercy and grace