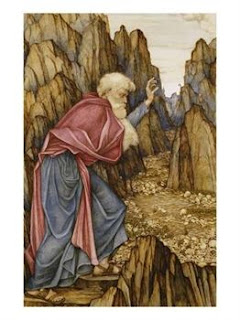 "'I the Lord have spoken.

The time has come for Me to act.

I will not hold back;

I will not have pity,

nor will I relent.

You will be judged

according to your conduct and your actions,’

The Old Testament prophet Ezekiel was discouraged. The Lord revealed to Ezekiel that his own wife would die. God told Ezekiel to mourn privately and quietly and to continue to minister to the people.

The prophet’s own suffering would parallel the fate of God’s people. At the same time, Ezekiel’s sacrifice would foreshadow the Lord’s own commitment, as He would one day offer His own Son’s life to redeem the lost.

Even in his time of grief and loss, Ezekiel remained faithful to God and His Word.

What price are we willing to pay, in service to the living God? What might the Lord ask of those He calls to leadership? Could personal boundaries be stretched and privileges sacrificed? What private losses might be sustained?

Is it all worth it? 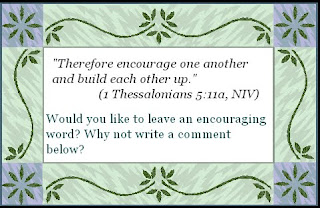 We plead for a peek

And all the things we grasp at

Once we realize the reality

Of the One we serve.

Give us a glimpse, Lord,

For we have not a clue,

Even when we count ourselves

We long to know You