God is spectacular. It doesn’t take a pair of spectacles to see that. We need only to stop and look. He reveals Himself in numerous ways, particularly to those who seek Him.

So why do we search for spectacular events and inexplicable happenings, as if we require God to perform earth-shaking miracles every time we present a need or ask Him to grow our faith?

Can we leave it up to God to decide whether He’ll answer our prayers in front of a crowd or to an audience of a handful … or even just one? 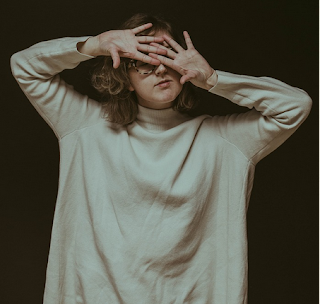 God doesn’t need to make a spectacle of Himself.

In 2 Kings 5, we read about Naaman, an army commander of the king of Aram. He had leprosy, a painful, contagious, and probably ultimately fatal disease. Naaman went to see the prophet Elisha for help. Elisha sent him a message to go and bathe in the muddy Jordan River.

Naaman flew into a rage when the prophet didn’t even bother to step outside to meet him face-to-face and perform the medical miracle he wanted (2 Kings 5:11):

“But Naaman went away angry and said, ‘I thought that [Elisha] would surely come out to me and stand and call on the name of the Lord his God, wave his hand over the spot and cure me of my leprosy.’”

Although he finally got a clue, Naaman’s initial response was to reject the prophet Elisha’s simple instructions. He seemed to suspect the order was beneath him to obey.

We might feel like throttling Naaman for his pride or stubbornness. But are we really all that different? Do we ever expect God to answer our prayers on our own terms, instead of His? Do we plead with God for dramatic and visible miracles, even though He may choose to answer in a quiet and private way? He may even humble us in the process, much like Commander Naaman, dipping into the murky river.

(Intriguingly, Jesus Himself went down into the same river about six centuries later, when He asked his cousin John to baptize Him. If the Jordan River was good enough for the Christ, it must have been good enough for Naaman.)

God is God. Can we trust Him not only for His answers, but also for His methods?

God doesn’t need us to make a spectacle of Him (or ourselves), either.

Numbers 20 recounts the incident of Moses and the Israelites at Meribah. The people had no water, and they complained to Moses. He and his brother Aaron went before the Lord to present the need. God told Moses to gather the people and speak to a certain rock to produce water. Moses took the Lord’s instructions too far, actually striking the rock. God caused water to flow from the rock, but He also reprimanded Moses for overstepping. As a result, Moses was not allowed to accompany the Israelites into the Promised Land (see Numbers 20:12).

This sounds like a tough consequence for tapping the rock, instead of simply speaking to it and letting God turn on the tap (so to speak). And it’s difficult to ascertain Moses’ motivation or attitude in that situation. Could his action have included a desire to make the incident more dramatic? We can only guess.

Still, the lesson may apply to us as well. When we pray, especially with and for others, do we add dramatic effects?  Do we seek to be seen? Do we ever try to steal God’s spotlight?

We are called to be God’s ambassadors (see 2 Corinthians 5:20), not His circus ringleaders.

Sure, God answers prayers in public and extravagant and gloriously eye-catching ways at times. Sometimes He draws people to faith by revealing His glory in striking ways. But He doesn’t need us beating on rocks or turning cartwheels or turning up the volume – unless He asks us to.

We don’t need spectacles (eyeglasses) to see God moving, but we may need spiritual vision.

Miracles are awesome. God’s signs and wonders can be life-changing. But so can His quiet, private touches upon our own existences. Perhaps that’s why Jesus critiqued those who sought Him out for His miracles, more than for His heart.

Jesus asked, “Will you never believe in me unless you see miraculous signs and wonders?” (John 4L48, NLT)

The One we follow is the all-powerful God, who delights in doing the impossible. It’s not wrong for us to seek His miraculous help in our times of need. But when He answers, we don’t need spectacles (for vision or for visibility). He’ll open our eyes to see His work in our lives. And He’ll draw those who need to hear and see and believe as well.

Feel free to follow on Twitter. Don’t miss the Heart of a Ready Writer page on Facebook. You are invited to visit my Amazon author page as well.